Students will discover Leonardo da Vinci’s inventive ideas as they invent a new machine for the 21st century.

By Michelle Jamal [Michelle is an art educator]

Leonardo Da Vinci was, as you are probably aware, a true master artist. In fact, many folks refer to him as the greatest artist ever produced by the Renaissance. The man who grew to a ripe old age of 67, is probably best known for his mysterious painting, “Mona Lisa” or “La Gioconda”, a portrait of the wife of a Florentine official which was painted in Da Vinci’s later years. As a painter, Da Vinci was astounding, having trained under the watchful eye of Verrocchio, a Florentine painter, goldsmith and sculptor. Da Vinci learned his craft and went on to use it not only for pleasure, but for payment. His reputation as a master earned him many commissions. He was the original creative thinker, a philosopher as much as an artist who after contemplating a move in his work, would stop, look and contemplate some more. 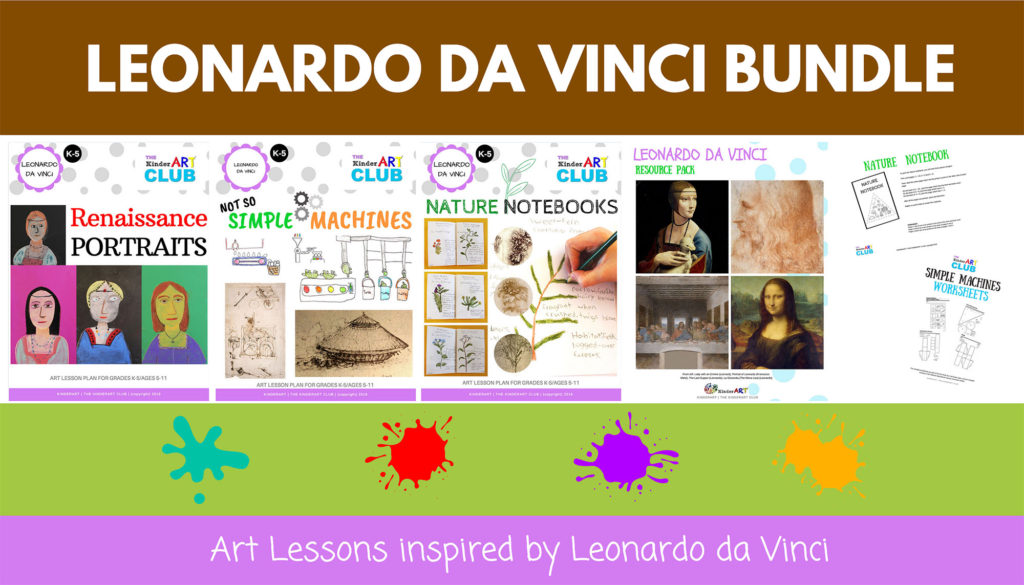 Join The KinderArt Club for detailed step-by-step lessons and resources to help you teach your students and children about Leonardo da Vinci.