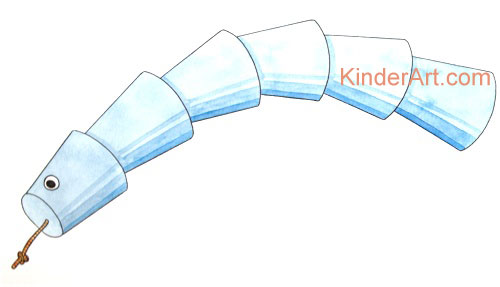 Students will use cups and pantyhose to make snakes!

Snakes have a heart, lungs, kidneys and essentially all of the same organs that humans have. However, snakes don’t have eyelids, nor do they have ears. They smell (or taste) the air with their tongues and they can live anywhere from 10 – 25 years on average.