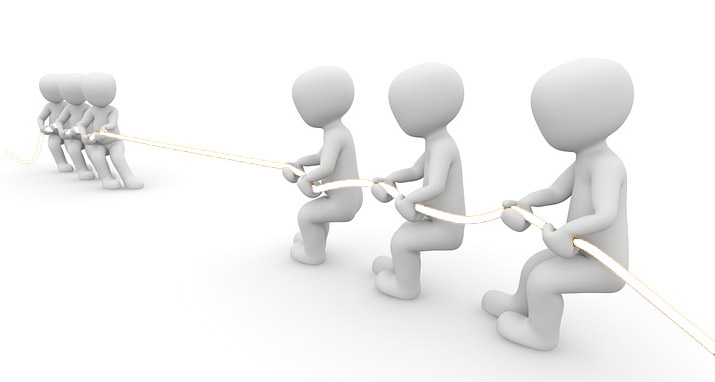 This drama exercise shows that problems can be solved only by interacting with each other.

When I was growing up, there wasn’t a kid on our block who hadn’t played tug of war – it was a passage rite into the “Who’s the strongest kid?” competition.

In theatre tug of war, the same concept prevails – except there’s no rope whatsoever! The children play with a “space rope”.

This game can be played with two, four, six or eight players at a time.

The teacher encourages the children to “Pull! Pull” and challenges them to stay in the same space.

If the children totally concentrate on the “object” between them, they will use as much energy as if there were a real rope between them.

This is an important exercise in that no one can do it alone – it shows that problems can be solved ONLY by interacting with each other!