Here’s a simple way to introduce young children to the art of Piet Mondrian.

Piet Mondrian for Preschoolers (and Beyond)

I’ve always been fascinated with the primary colors and geometric lines of Piet Mondrian’s neo-plastic paintings.

Mondrian was one of the most important artists of the 20th century. His abstract designs have had a huge influence on graphic design, architecture, and interior design. He was best known for his stylized, geometric designs of black and white grids filled with bright, primary colors.

[If you would like to read more about Mondrian (he didn’t always paint this way), I’ve written a lengthy piece (complete with photographs) HERE.

We have held many classes where we introduced students of all ages to Piet Mondrian’s work.

Generally, we have used black electrical tape, black strips of paper (glued down) or black paint to create lines on heavy white paper. Then, students have filled in certain areas of the paper with various paint colors. It was always a hit! 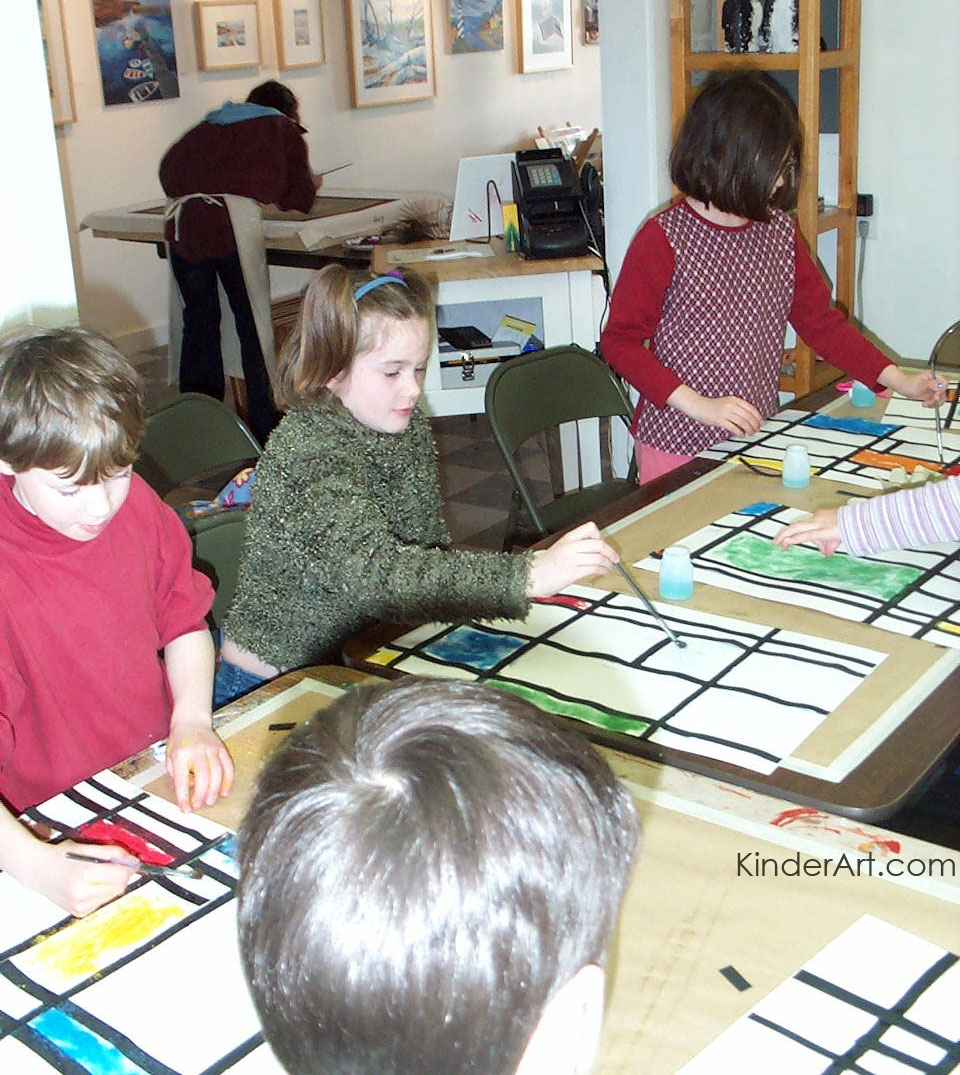 However, I wanted to try this lesson out with a younger age group and so, my preschool-aged daughter and I made the following attempt.

I arranged the black tape on the paper in a pretty uniform way – just to keep things simple. 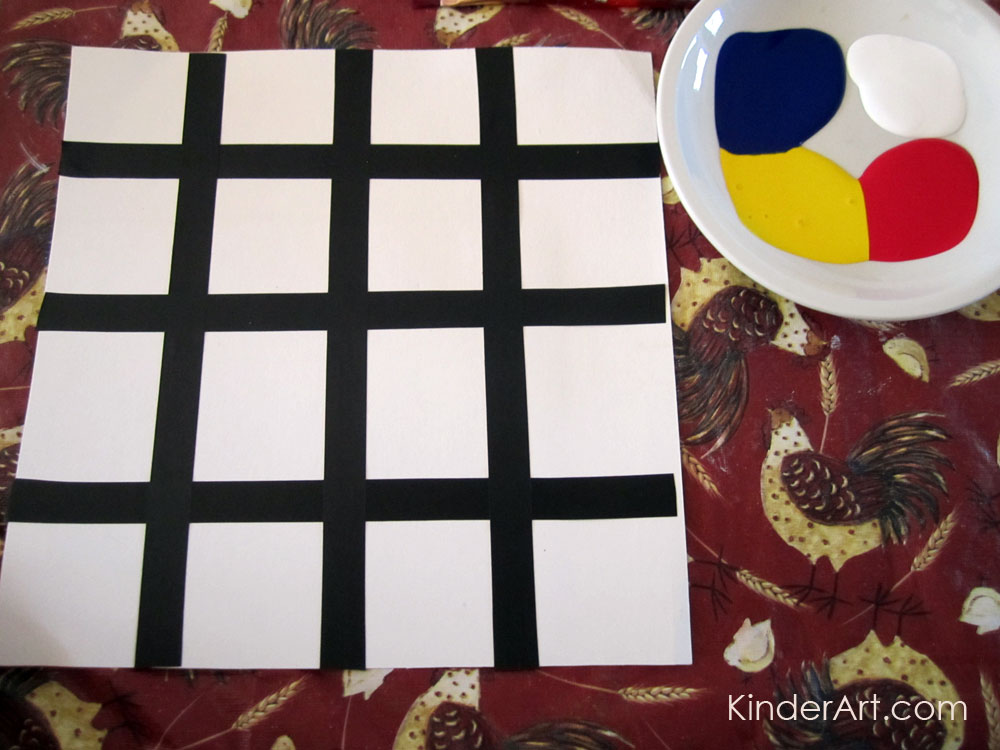 I told my kiddo that she could fill in spaces or leave them blank. It was entirely up to her. 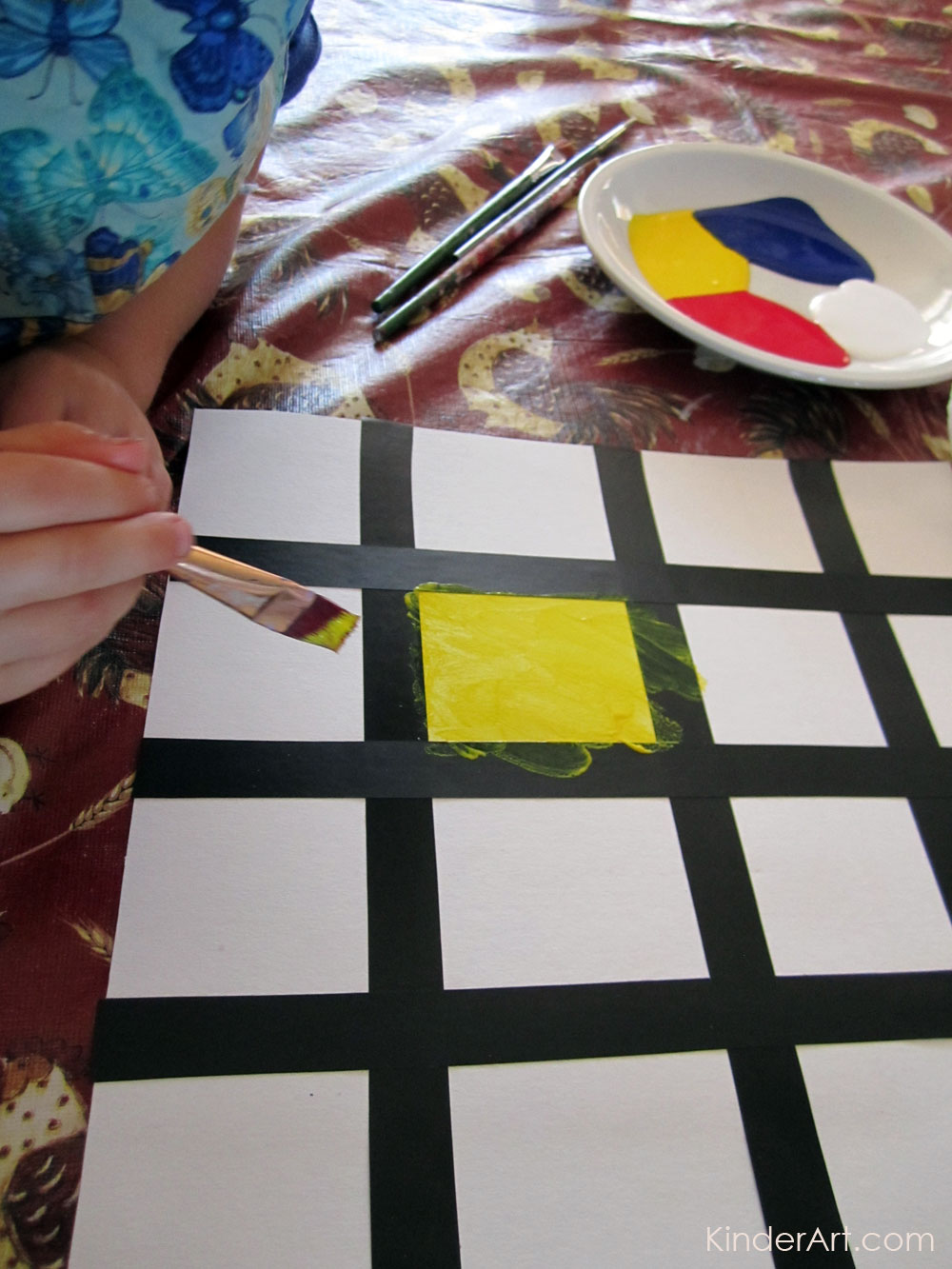 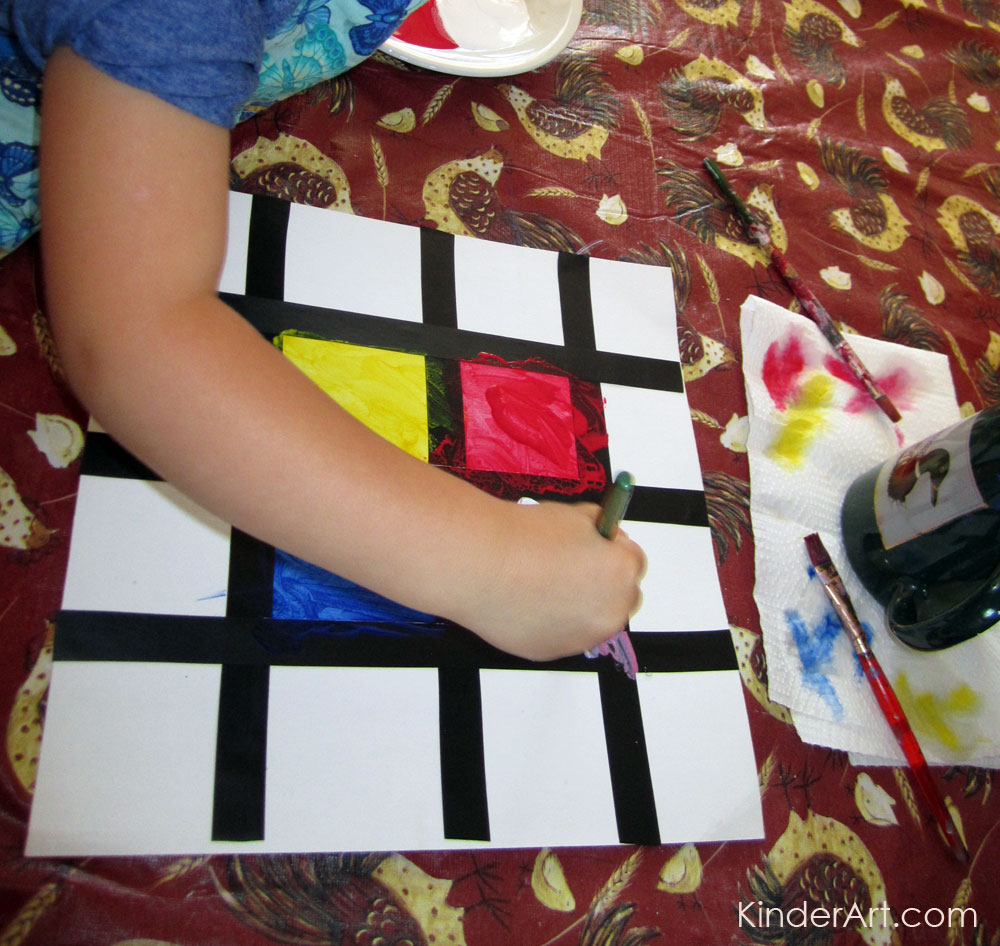 In retrospect, I shouldn’t have included white paint. The primary colors are all we really needed and because the white was available, my daughter started mixing tints. Which, was okay too 🙂 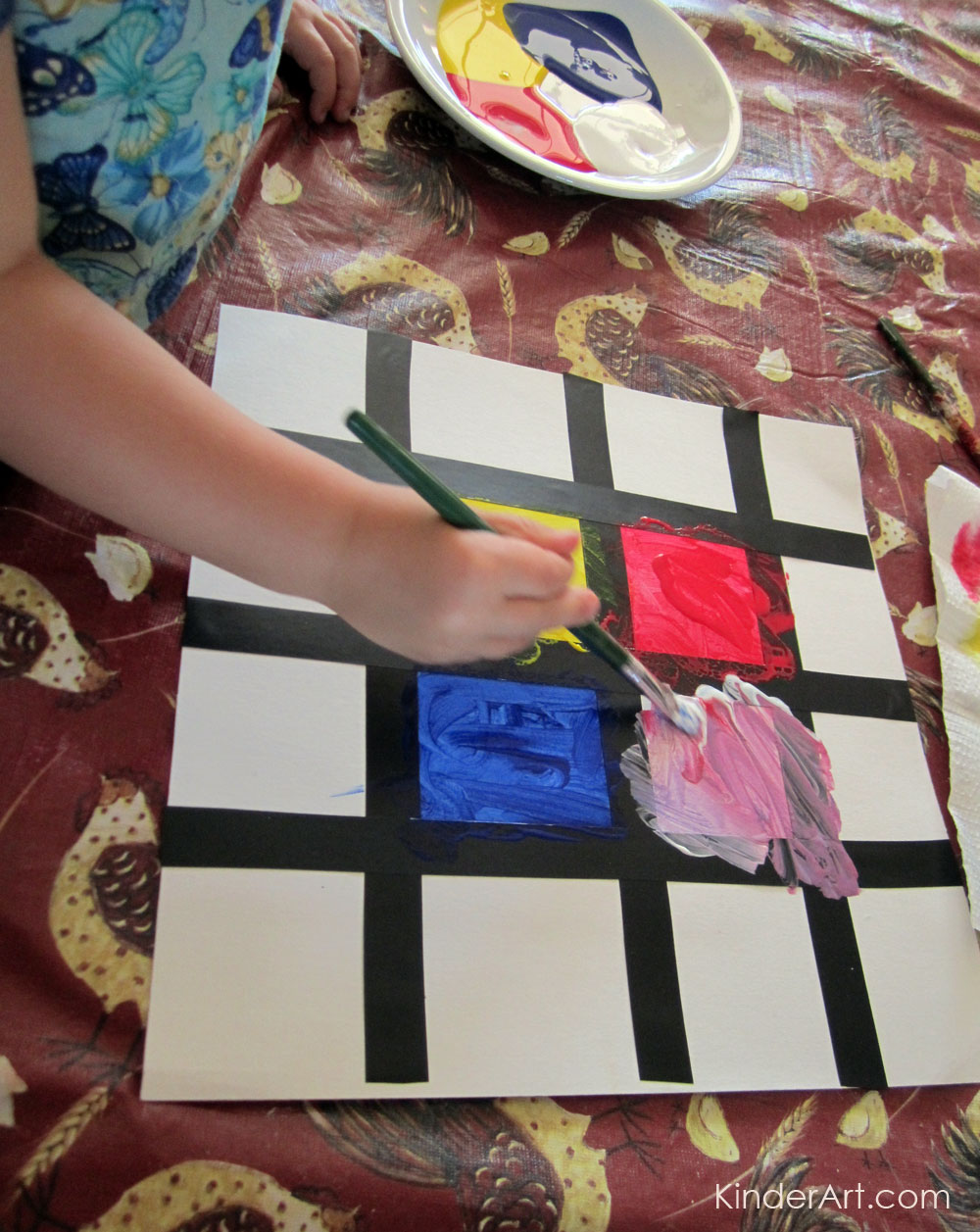 In the end, she decided to fill all the spaces with color. Here is the end result with the tape still on. 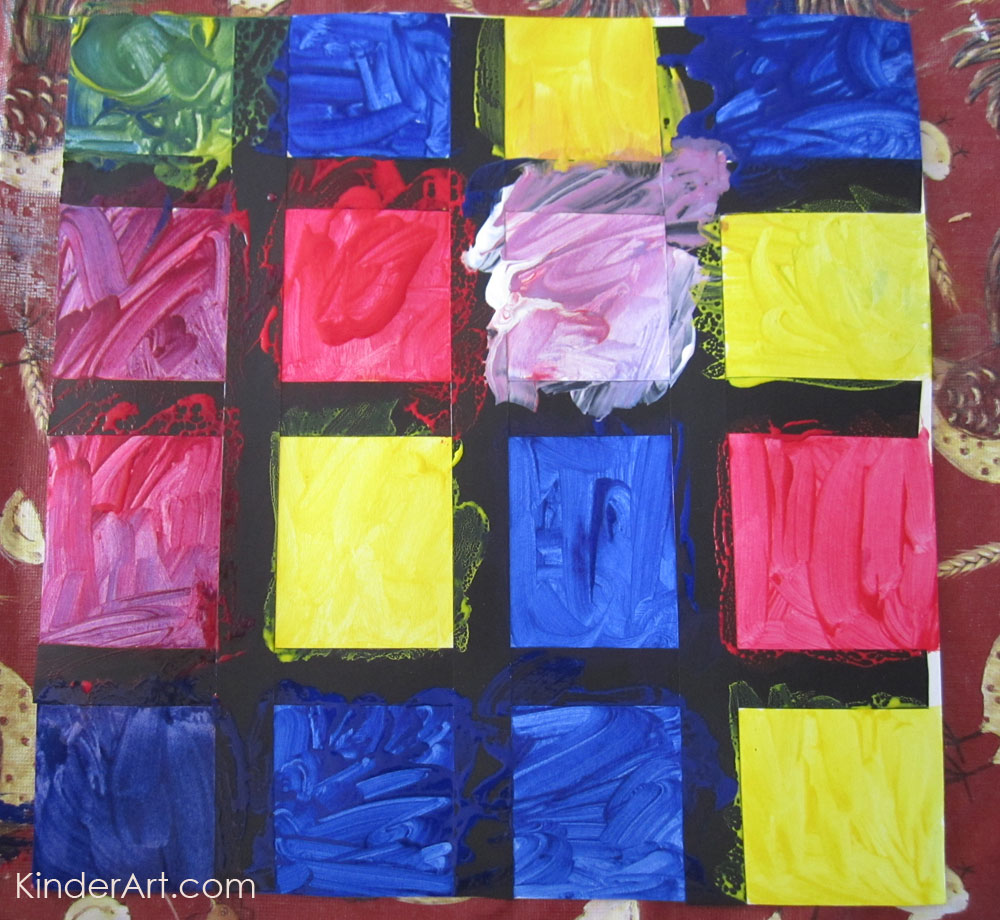 And, with the tape removed, as per her request. 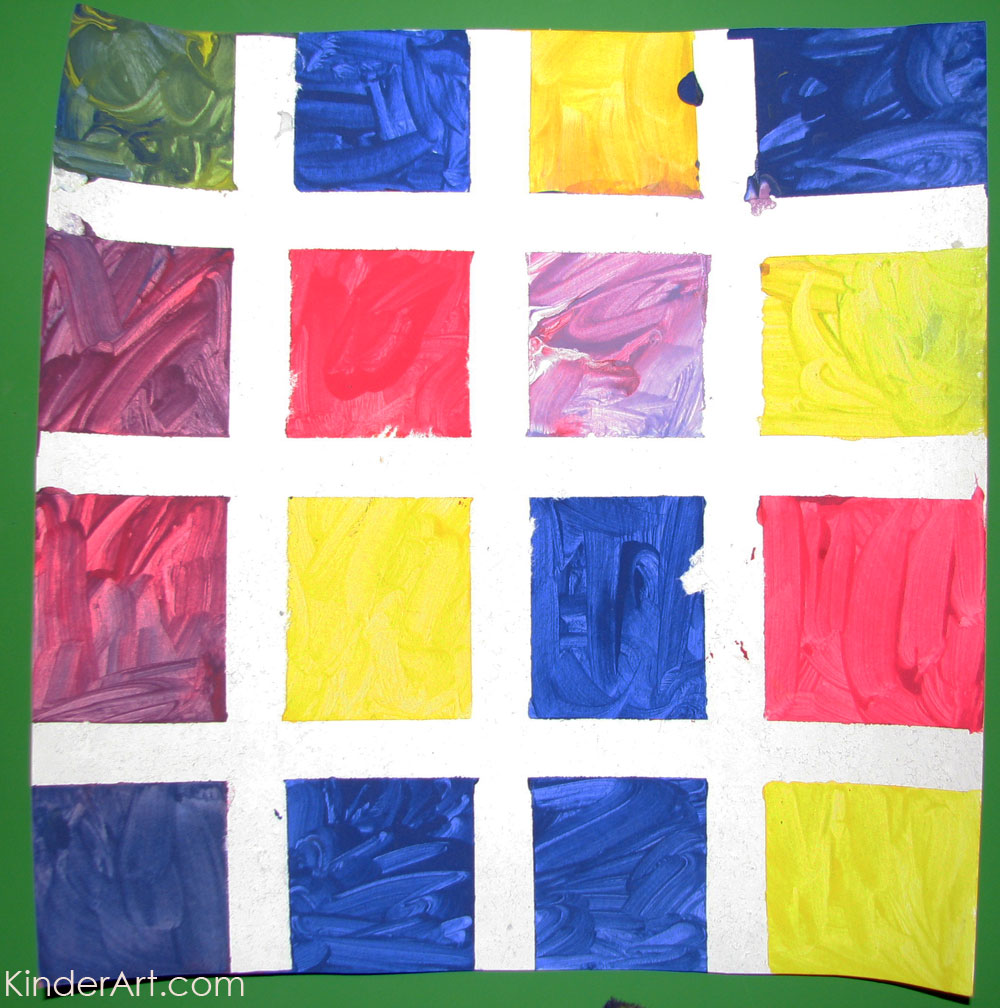 So, in the end, not a “true” Mondrian, but it was certainly a lot of fun and my preschooler learned a lot in the process.