This cute little candy corn looks so pretty hanging in the window! Make several to decorate your windows for Halloween.

Print the pattern but do not cut it out yet. Expose about 15” of laminating film by removing the backing (leave the film on the roll), leaving the sticky side facing upward. Fold over the edge and adhere it to itself, just so you have an end to grab without sticking to your fingers.

Place the pattern underneath the laminating film, positioning it toward one end. You will be folding the sticky side onto itself when you are finished, so you need enough room on the other end to do so. You can tape the pattern in place if you like to keep it from sliding around. 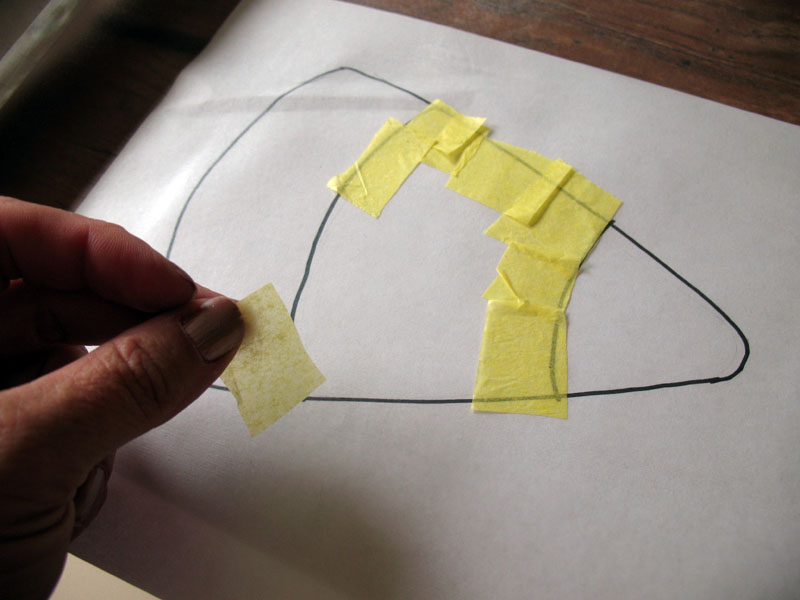 Next, use orange tissue paper to cover the bottom section of the candy corn. Again, overlapping as you work, don’t be concerned about staying in the lines. 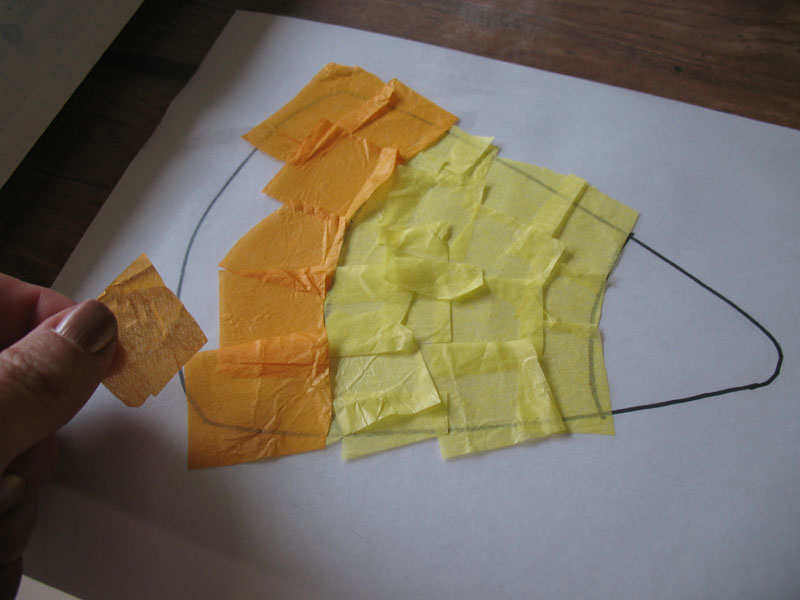 Finish off the top of the candy corn with white tissue paper squares. Use scissors to cut the film off the roll. 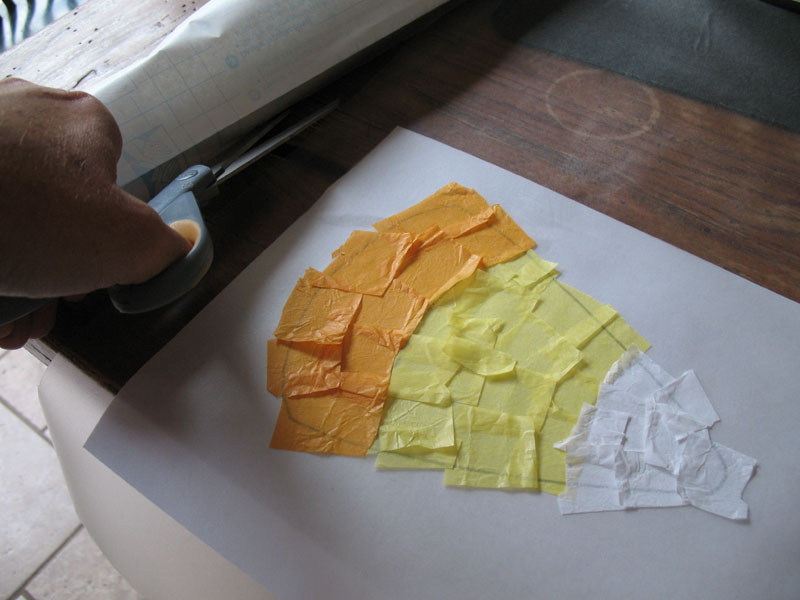 Take the empty side of the laminating film and fold it over on top of the tissue paper candy corn, sandwiching it between both sticky sides. Smooth out and press out any air. Set aside. 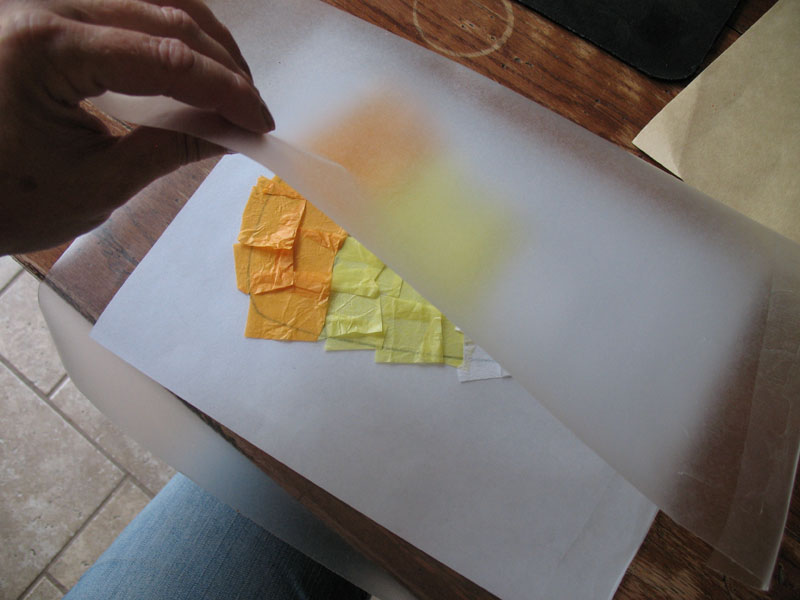 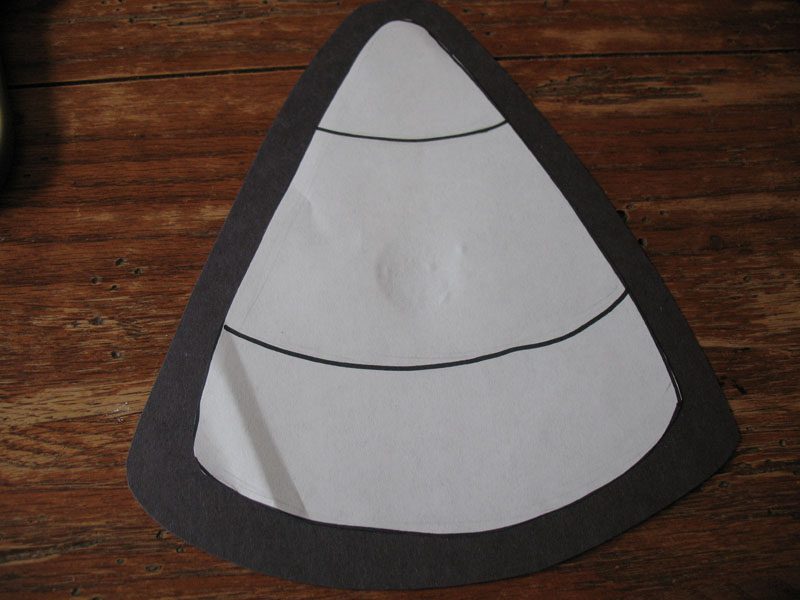 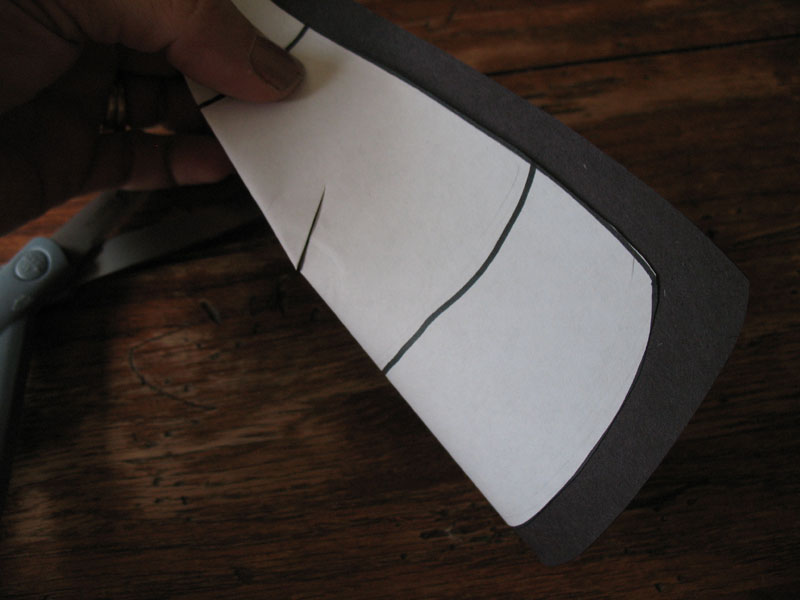 Remove the pattern and you should have two identical black frames for your candy corn. 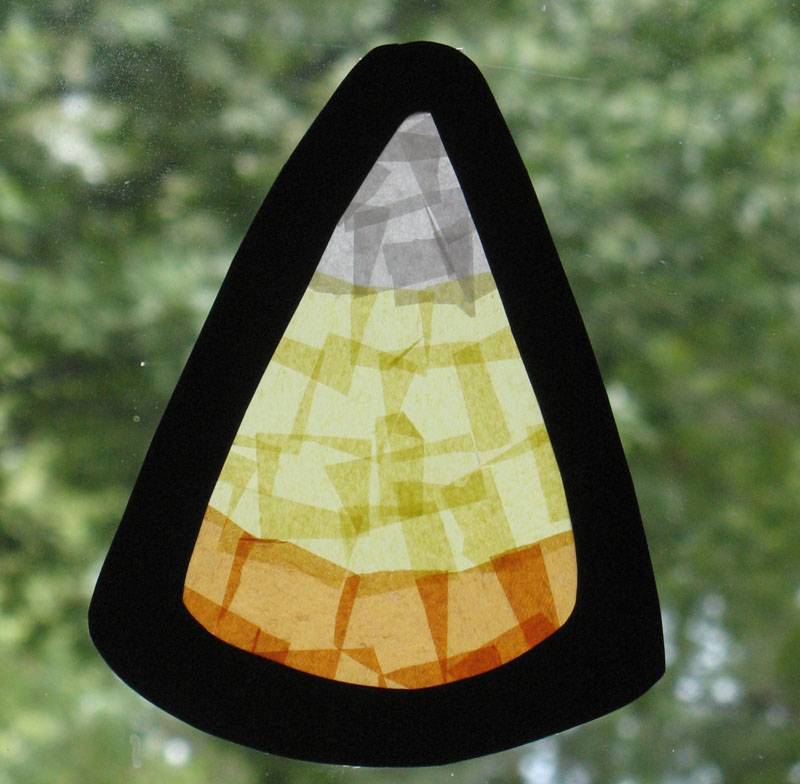 Tip: To hang on the window you can use a glue dot or a piece of double sided tape.