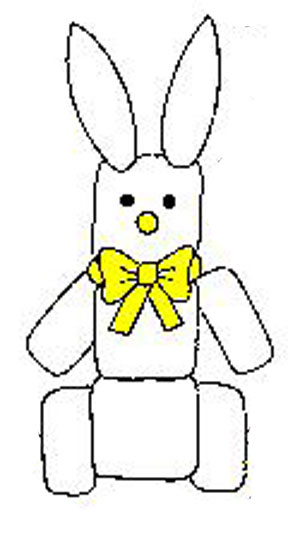 Learn how to make a bunny out of marshmallows.

Tape each “ear” onto a toothpick. Insert these “ears” into the top of the marshmallow.

Take three cloves, push into the front of marshmallow for eyes and nose.

Take four toothpicks, break them in half and push them into the marshmallow to create whiskers.