Home » Blog » 10 Minutes to an Organized Arts and Crafts Space

When your arts and crafts supplies are out of control and burning everything isn’t an option.

If This Was Your House, I’d Be Embarrassed for You

There was a time when a few pretty baskets and a couple of coffee cans were enough to contain my child’s arts and crafts supplies.

It works like this… If x is the child’s age, and y is said child’s genetic tendency to add glue to all the things, then the answer is four hundred and eleventy billion craft supplies in my office.

This is not an exaggeration. It’s just how math works.

The last thing I want to do is stifle the many creative thoughts my daughter has, and so I’ve enabled her by regularly topping up our stash of buttons, beads and baubles. Trouble is, when you place one small package of pipe cleaners next to one little bag of feathers you inevitably end up with six thousand pieces of fun felt.

And, thanks to shows like Art Attack, Artzooka and Mister Maker, I need to empty any and all food containers under cover of darkness, otherwise my child will liberate all the oatmeal bins, egg cartons and cracker boxes with plans to make robots, cars, dragon feet, and a horse stable complete with salt licks. She’s like a mini MacGyver. As in, if she ever finds herself stuck inside an elevator, I’m fairly certain she could bust her way out using nothing more than a stack of construction paper, one oil pastel, three pipe cleaners and a handful of pom-poms.

She even has friends and family saving toilet paper rolls despite my – highly ineffectual – attempts to explain that because she (alone) uses eighteen squares per wipe, we will never EVER be without paper tubes. It’s like she’s preparing for some sort of crafting apocalypse where the only way to survive will be to make penguins, owls and elephants out of cardboard.

In case you don’t believe me, I’ll now shudder as I show you the place in my house where found objects and house plants go to die.

Seriously. If this was your home, I would be embarrassed for you. 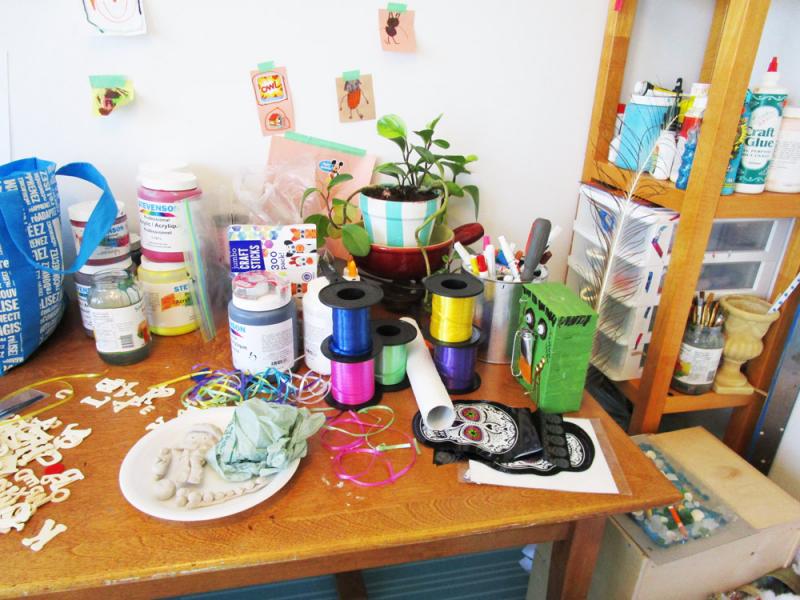 Baskets are a wonderful way to store children’s craft supplies, as long as no actual crafting takes place. 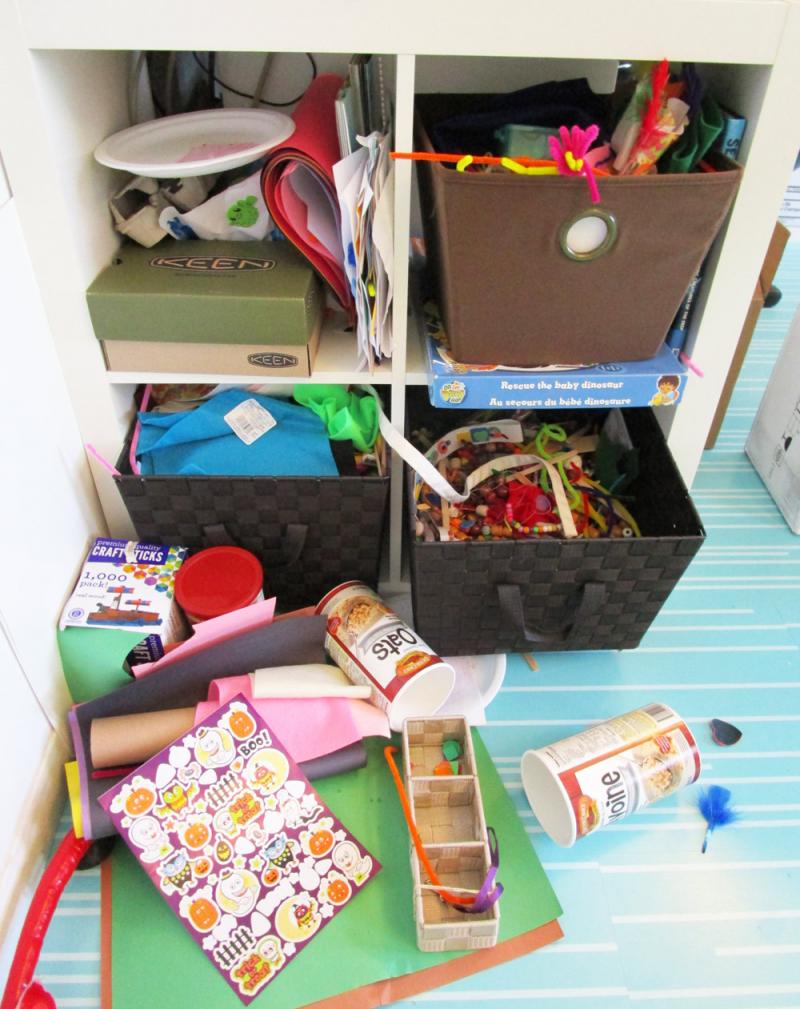 You see all those wooden letters? Put them together and they spell SHAME. 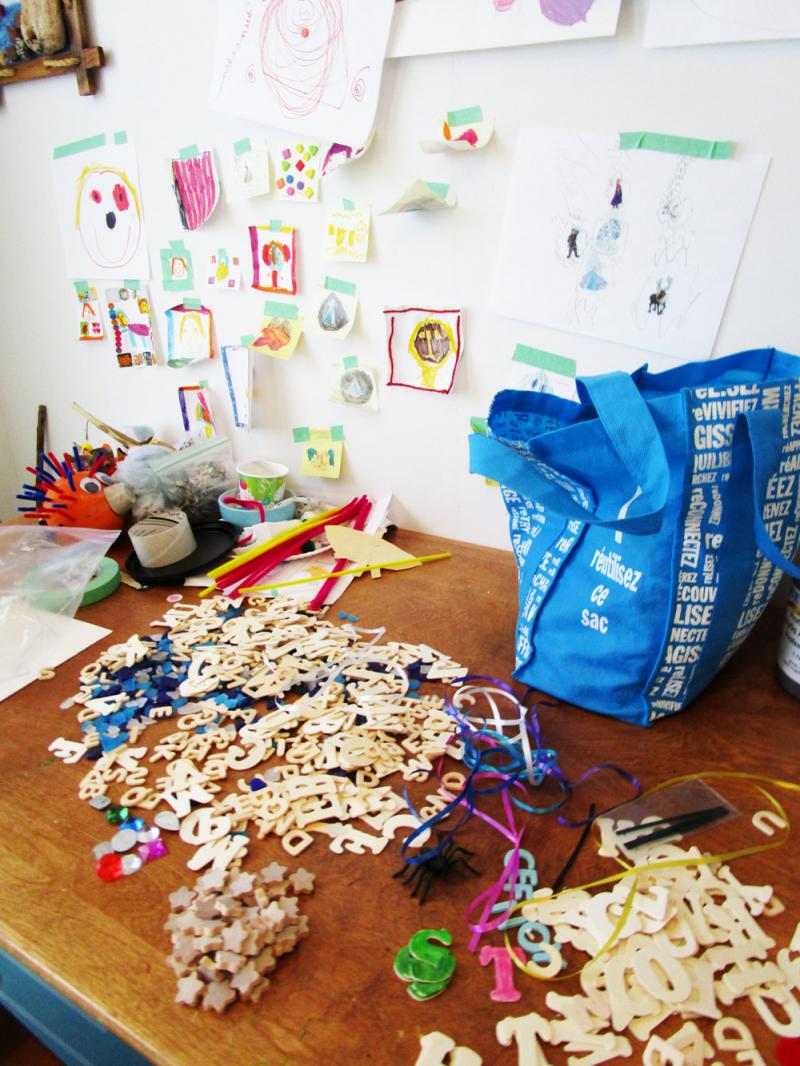 I know! Let’s put all the art supplies in a great big bin because that will make the purple crayon easy to find. 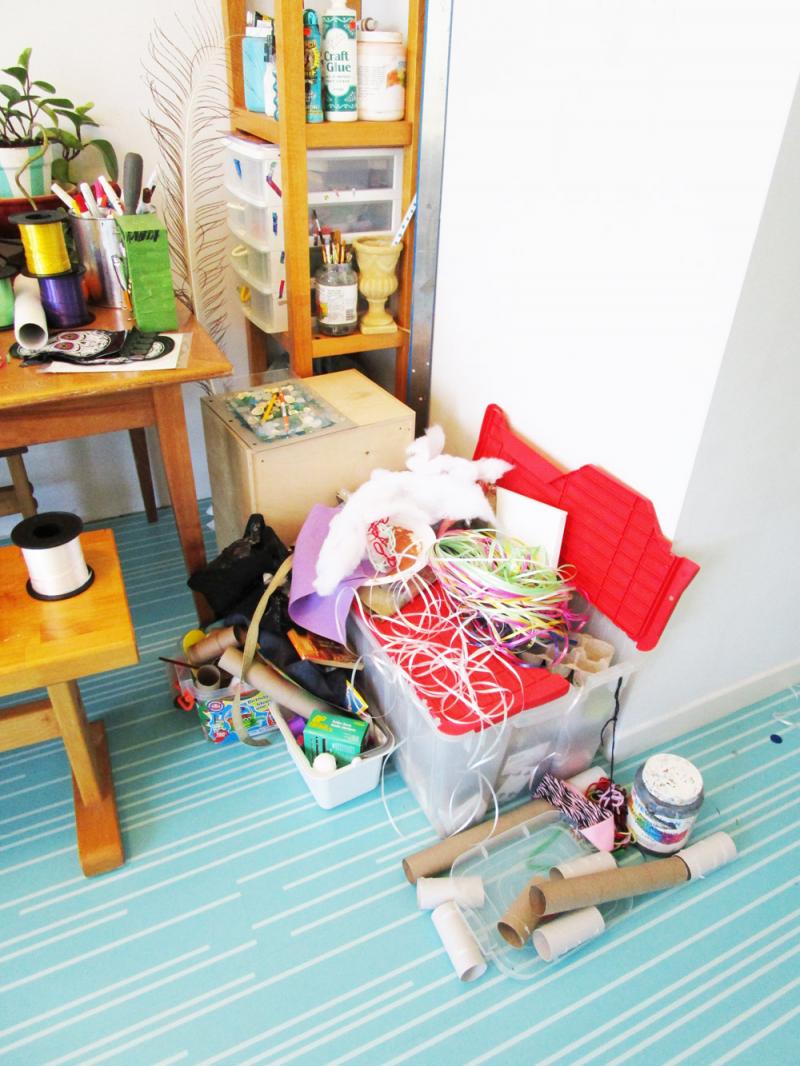 Needless to say, something had to be done.

I briefly considered selling the house – contents included. I also thought about hiring someone to break in and perform a ribbon heist at 2am. But instead, my mom and I drove to our neighbourhood home improvement store where the instant sale fairies had magically marked down the price of these… 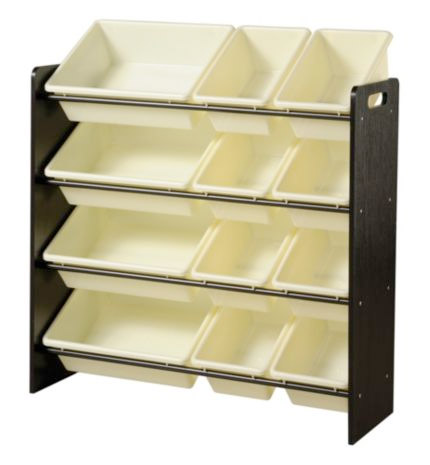 We threw two of them into the back of the car and laughed like giddy teenagers all the way home. Once unpacked it took us less than ten minutes to assemble them, place them against the wall and rake everything else into a giant pile on the middle of the floor.

Not long after, we heard angels singing as we stood back and admired our handiwork. There may or may not have been tears. 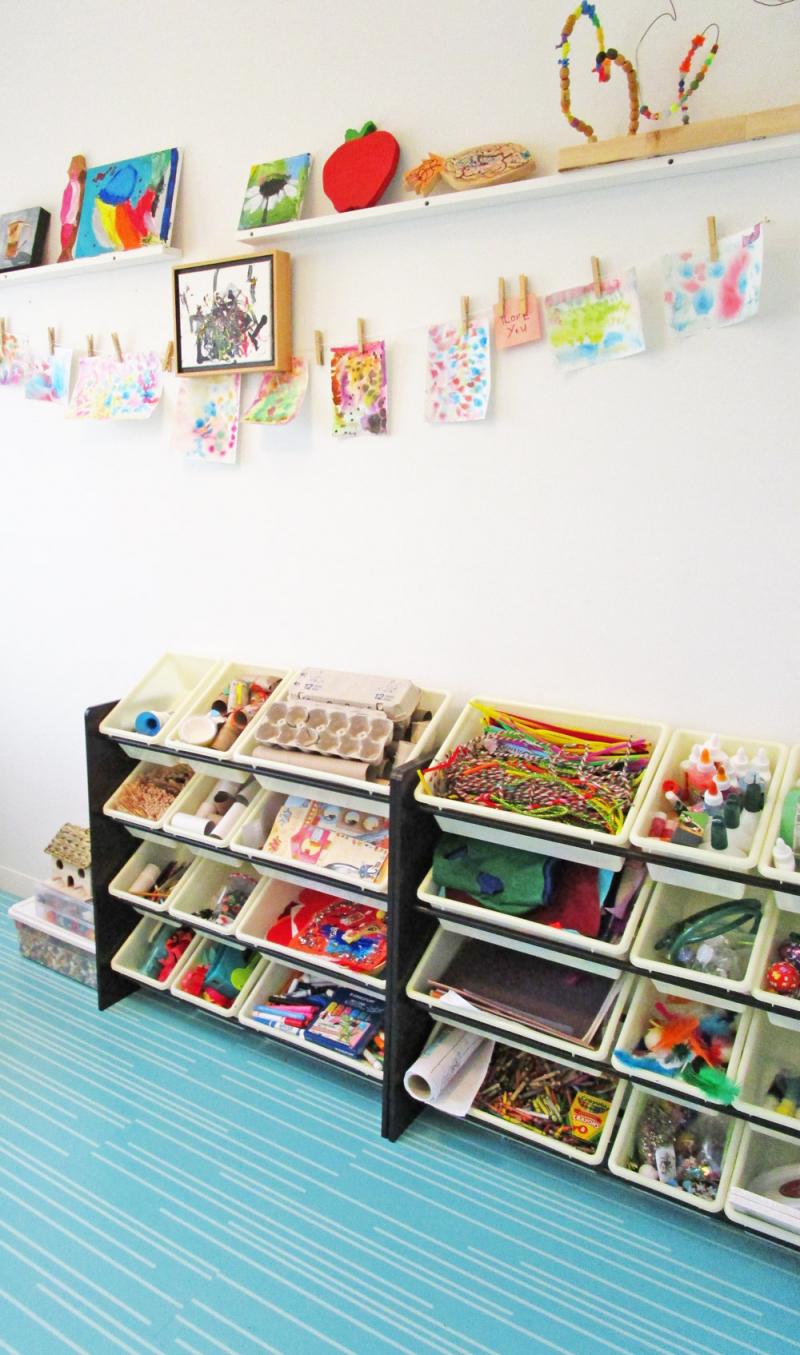 For the first time ever, all the artistic necessities had a place – the paper, the markers, the googly eyes, the feathers… everything.

And it was beautiful.

Also, I discovered that I never need to buy another pipe cleaner, roll of masking tape or glue stick for as long as I live. 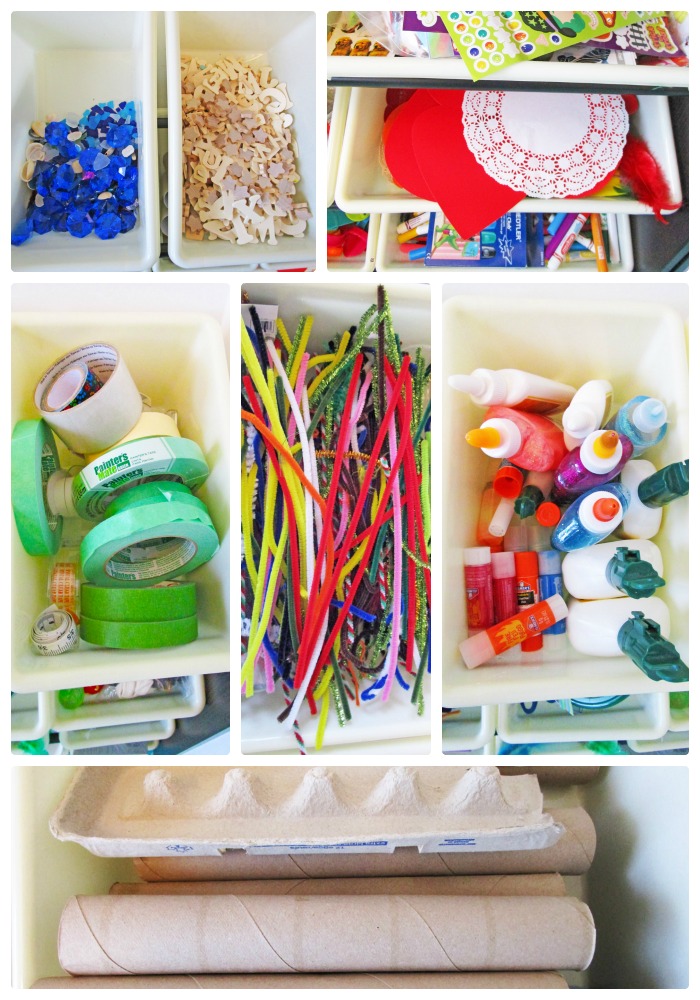 Now that all the arts and crafts supplies have a place to live, my daughter has no trouble cleaning up after herself. It’s delightful and it’s just how I picture Martha Stewart’s craft room. Only, different.

And, we have a new rule. If the bins are overflowing, to the craft store we’re not going…

Then again, I can just keep telling myself this… 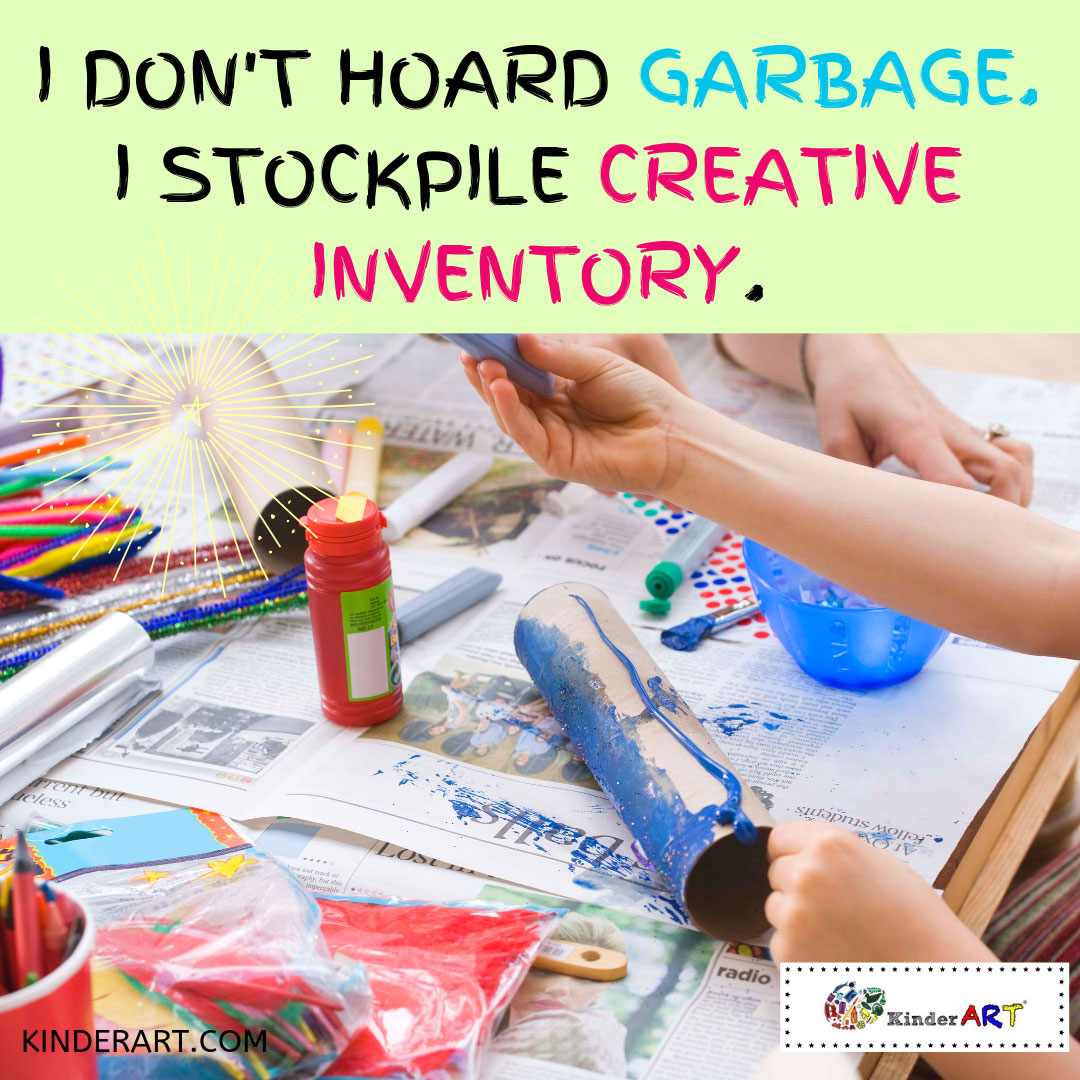 Do you have a Crafty McCrafterson in your house? If so, you’ll love these ideas for displaying kids’ art.

As cleanliness & organization freak, I just loved these ideas.