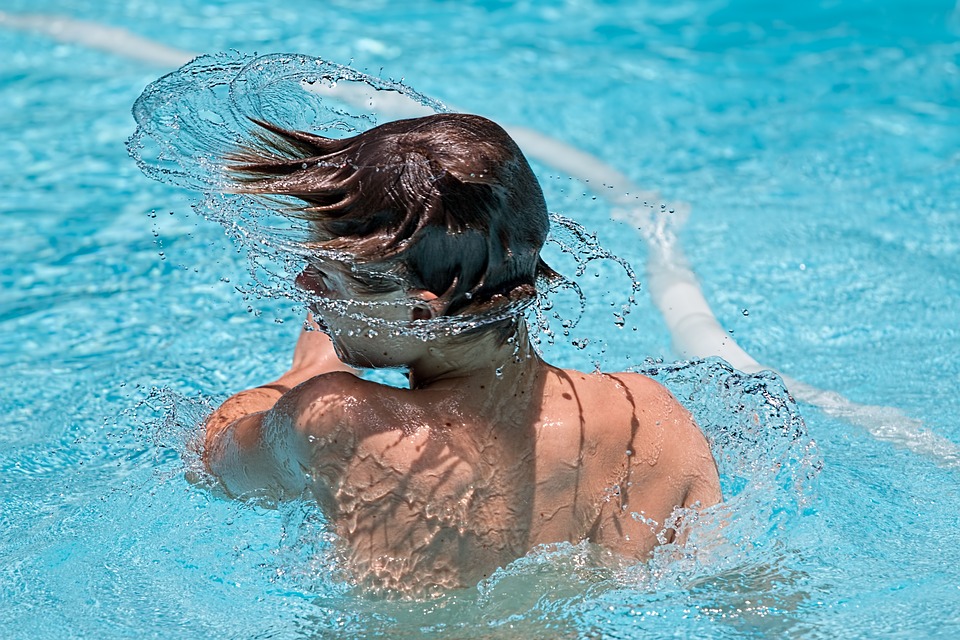 One mom’s story of discovery after her daughter asked a great question.

Why Do We Weigh Less in Water?

While playing with my 6 year-old daughter in the swimming pool one day, she asked the question “Mom, why can I lift you up in the pool but not when we are in the house?”

My answer was “Well, I’m not sure honey, it has something to do with density and mass or something.”

Boy, that was well put.

After a little research, I found out exactly why a person’s body is so much lighter underwater. It was quite logical really, but I needed to put it in to terms that my 6 year-old daughter would understand.

Long Ago & Far Away
There was a man named Archimedes, he lived a very long time ago from 287-212 B.C. Archimedes wrote something called the Archimedes’ Principal and it says that when a person gets in to the water, that the person’s body moves the water out of the way. In turn, the water pushes back upward as your body pushes downward. But where does that water go that was there before?

Displacement – Huh?
This big word means “moved out of the way”. When you get in to a swimming pool, your body displaces the water that was there before you got in. It moved it. So where did it go? When you got in to the pool, the water level rose a bit. That is because the weight of your body is forcing the water downward. So what makes you lighter?

Density – Your Weight?
Not necessarily. Density is volume, not your weight. Density is what allows you to sink or float when in the water. When you are in the swimming pool, unless you swim, you will sink. If you fill your lungs with air and hold your breath, you will rise. NEVER try this without a parent with you! When you took that deep breath, you changed the volume of your body, adding more air to it, allowing you to float.

You will need three half filled glasses of water, four ice cubes, several small rocks, and a leaf.

Part One
In one glass of water, add an ice cube. See how the water rose? Add another ice cube, and another, and finally the last one. The water rises with each ice cube that you add. Did the ice cubes float or sink? They float because the density of the ice cubes are less than the water. The water rose because of the liquid that was displaced with the addition of each ice cube.

Part Two
In the second glass of water, add a small rock. Did the water rise? Did the rock sink or float? Add each rock until all are in the water. These rocks sank because their density was more than that of the water. The water rose for the same reason as the ice cubes, the water was moved out of the way, or displaced.

Next time you go swimming with Mom and Dad, try a couple of these fun things that have to do with your new found knowledge!